Duncan is a Lecturer (Assistant Professor) in Acoustics and Audio Engineering at the University of Salford, Manchester, UK, where he is also Course Leader of the Sound Engineering and Production BSc(Hons) degrees. 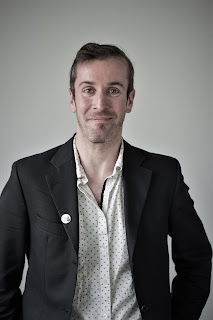 From 2017-2019 he was a Researcher in the Digital Creativity Labs at the University of York, UK, and prior to this (2012-2017) an EPSRC-funded Research Fellow in Music with Artificial Intelligence, in collaboration with the universities of Reading and Plymouth. From 2009-2012 he was a post-doctoral Research MCR at Wolfson College Oxford, and Music Technology Officer for the Faculty of Music, University of Oxford.


Duncan studied signal processing and psychoacoustics at the Institute of Sound Recording (IoSR) in Guildford (Surrey University). He also holds teaching qualifications from Surrey University (2004), Apple Inc. (2007), Plymouth University (2015), and is a Fellow of the Higher Education Academy. He is a member of PRS for Music and the ESCOM.

Ongoing research interests include sound recording, psychoacoustics, human computer interaction (particularly brain-computer interfacing) and digital signal processing. He is an editorial board member of Musicæ Scientaæ and the Journal of Creative Music Systems, and an occasional reviewer for the following journals: IEEE Transactions on Affective Computing, Brain Computer Interfaces, Journal of the Audio Engineering Society, Psychology of Music and the Journal of New Music Research. He has also acted as a peer reviewer for Focal Press and the Marie Curie EU Fellowship scheme, reviewing recent proposals on affective neuroscience. Commercially, he has written both hardware and software reviews for Sound on Sound magazine, contributed to BBC1's prime-time broadcast 'The One Show', Channel 5's Gadgetshow, Sky News Sunrise, and several radio broadcasts as a psychoacoustic consultant, for clients including Honda Automotive, GoUltraLow (UK govn't campaign), StubhubUK (eBay Inc.), and the London Taxi Co. 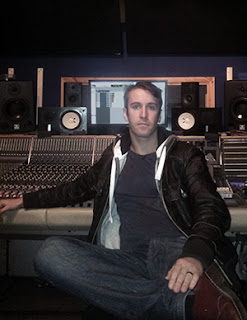 In the music industry Duncan worked at Jacobs Studios, Surrey, one of the UK's most popular residential recording studios, and in a freelance capacity in many of London's studios (Riverside, Maidstone, Metropolis) on projects ranging from DVD authoring and surround production, to library music, classical editing, and independent and major label recording. His production work has been broadcast on BBC Radio 1 by Colin Murray, BBC Radio 2 by Mark Radcliffe and the late John Peel, and XFM by Claire Sturgess and Ian Camfield, as well as been playlisted on Totalrock, Scuzz TV, MCM France, and Extreme Sports TV.

As a musician and composer, Duncan has been published across the globe and has performed both nationally and internationally, including studio and live prime-time television performance (often in truly embarrassing contexts). Recent published work includes library music for EMI Production Music, SonyATV, DeWolfe, and KPM MusicHouse, with television credits on MTV, MTV Classics, and ITV. He has performed at Rock Im Park (AUS), Hard Rock Hell (UK), and on live TV with Bernie Nolan and Mylene Klass (Channel 5 - don't ask...), amongst other UK and EU performances including the London International Music Show at the ExCEL centre. Contemporary music performances include concerts at the Royal College of Music, London (2015), International Computer Music Conference in Athens, Greece (2014), and installations at Los Angeles' UCLA Art|Sci Gallery (2014), and the Peninsula Arts Contemporary Music Festival in Devon, UK (2013-14). See the showreel page for more details.